In honor of National Hispanic Heritage Month, we would like to spotlight some of our outstanding OΔK members! 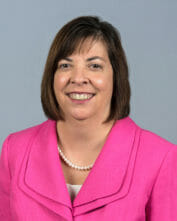 Anne Armao is the vice president of member experience and product development for SummaCare and an active C.B.A. Advancement Council board member. Anne earned a bachelor’s degree in 1991 from the University of Akron with a major in business and an emphasis is sales and marketing.

Anne was recognized in 2020 as a Woman of the Year for Creativity recipient by the Summit County Historical Society of Akron Women’s History Project of the Greater Akron Area.

Active in the community, Anne serves on boards and councils for the University of Akron and Akron Marathon. She is a graduate of Leadership Akron and a member of the Leadership Akron Alumni Association and Athena Akron. Anne has received several community awards, including the University of Akron’s Dr. Frank Simonetti Distinguished Business Alumni Award and a Woman Worth Watching Award by the Profiles in Diversity Journal. 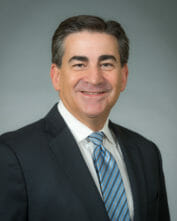 Frank Ruben Jimenez, the son of Cuban immigrants, is vice president, general counsel, and corporate secretary of Raytheon Technologies, a leader in the defense, civil government, and cybersecurity markets. He previously served as general counsel for U.S. public companies Bunge Limited (agribusiness and food), Xylem Inc. (fluid technology), and I.T.T. Corporation (multi-industrial), where he managed the 2011 spin-offs of two public companies, Xylem and Exelis Inc. (defense technology). In addition, he also served as the 21st General Counsel of the Navy; Deputy General Counsel of the U.S. Department of Defense; Principal Deputy General Counsel of the Navy; Chief of Staff at the U.S. Department of Housing and Urban Development; and Deputy Chief of Staff and Acting General Counsel for Florida Governor Jeb Bush. Previously, he was a litigation partner at Steel Hector & Davis (now Squire Patton Boggs) in Miami, Fla., and clerked for Judge Pamela Ann Rymer of the U.S. Court of Appeals for the Ninth Circuit in Pasadena, Calif. 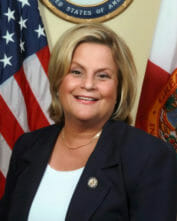 Ileana Ros-Lehtinen became the first Cuban American and Latina elected to Congress representing Florida’s 27th congressional district from 1989 to 2019. By the end of her tenure, she was the most senior U.S. representative from Florida, and she was chairwoman of the House Foreign Affairs Committee from 2011–2013. Ileana’s family immigrated to the United States from Cuba when she was seven years old. She received her Bachelor of Arts with a major in education and her Master of Arts with a major in educational leadership from Florida International University. Ileana also attended the University of Miami, where she earned an Ed.D. with a major in higher education.

Before being elected, Ileana was an educator and the owner of a private school. Ileana has been a notable Republican voice in favor of LGBT rights. 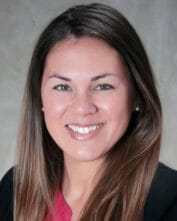 Danielle Velazco is the director of global events at BNI Global. Danielle is a seasoned brand marketer, event director, manager, publicist, client service manager, strategist, writer, and brand ambassador. She brings together corporate brands and consumer experiences. Danielle has also worked as the senior manager of operations and marketing and events manager at Wake Forest University and as the director of events at Sylvester Comprehensive Cancer Center at the University of Miami.