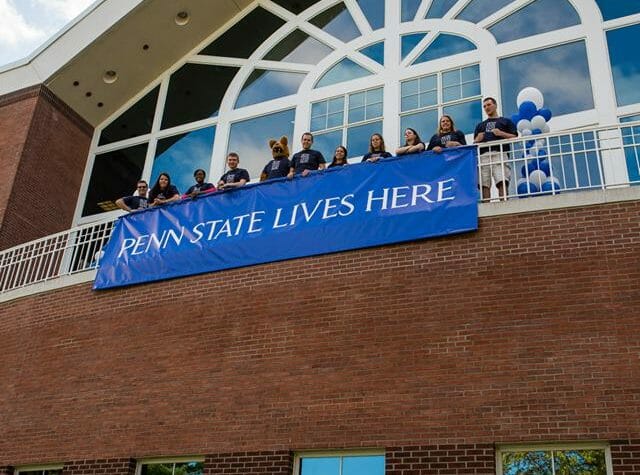 Omicron Delta Kappa, Penn State Behrend Circle, was chartered on April 19, 1985.
The predecessor of the Penn State Behrend Circle of Omicron Delta Kappa was an organization, chartered locally under the Greek Letters Omicron Beta Kappa. It was established at the College in the Spring of 1982 and functioned actively in a manner consistent with the ODK purpose between 1982 and 1985. Since it was chartered, the Penn State Behrend Circle has initiated over 700 members. In April 2011 our Chancellor, Dr. Donald Birx, was inducted, joining former Behrend leaders, and charter members, Dr. Jack Burke and Dr. John Lilley in this tradition. Currently we have 35 active student members who meet weekly focusing on ways to include the five pillars of ODK in their educational, service and social activities.

Three Miles for Smiles, a 5K run/walk held for Operation Smile ( http://www.operationsmile.org/ ) will enter its fourth year this Spring. All proceeds from the event go directly toward funding surgeries for children with cleft palate and other facial deformities. The event is open to all and is held on the beautiful Penn State Behrend campus. Despite years of rain, wind and even snow ODK, Behrend Circle has been able to fund five surgeries thus far. The Spring 2014 event was held as a Stache Dash with mustache themed t-shirts, advertising and runners! ODK, Behrend Circle was awarded the Penn State Behrend 2014 Center for Service, Phenomenal Philanthropy Award for their work with Operation Smile and the Stache Dash!