Recognizing Outstanding and Dedicated Service to the Society 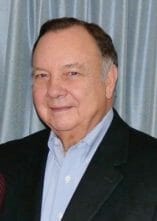 Thomas J. Vukovich (University of Akron, 1977) served as faculty secretary of the Theta Circle for 12 years, was a province faculty director, and a member of the General Council. He twice served as the National Vice President for Circle Standards. In that role, Tom also served on the Foundation Board of Trustees. More recently, Tom participated in the review and selection of scholarship recipients and served on the Comprehensive Campaign Planning Committee. He received the Distinguished Service Key from the Society (now the Cheryl M. Hogle Distinguished Service Award) in 2002. Upon his retirement, Tom and his wife, Dr. Diane Vukovich, established the Vukovich Regional Scholarship. They are also supporting the Vukovich Leadership Development Grant Fund as part of the comprehensive campaign. Tom is an emeritus trustee of the Omicron Delta Kappa Society and Educational Foundation, and he currently serves on the Board Awards Subcommittee.

The 2020 Morlan Bishop Outstanding Circle Officer honoree is Susan M. Lyons, a 2013 initiate of the Middle Tennessee State University Circle. She currently serves as the circle coordinator and has been involved with the circle for the last seven years. Susan’s nominator wrote, “Susan fully supports and embodies the O∆K Idea. She is an inclusive leader who wants everyone to be involved. Susan has done an amazing job recruiting new members over the years and has sought to make the on-boarding process easy for new members.” Susan has also served the Society by helping with the local arrangements for the 2018 convention in Nashville and by serving on the National Leadership Conference Selection Committee.

Michelle R. Burke is a 1997 initiate of the Chi Circle at the University of South Carolina. Since then, she has served the Society in a wide range of capacities. For many years, Michelle served as an advisor to the Grand Valley State University (GVSU) Circle. As a national leader in O∆K, Michelle served as a regional director, member of the Society Board of Directors, chair of the National Advisory Council, and National Vice President. Michelle was also the co-chair of the commission on the national convention, and she was instrumental in planning the 2016 convention held on the GVSU campus. She also supported the Society through her work with the Membership Committee and numerous other working groups.

Bruce D. Forbes was a founding member of the Morningside College when it was chartered in May 1983. He was active with the circle as its long-time faculty advisor, and he has served Omicron Delta Kappa, at the national level, in a variety of capacities. In addition to being a member of the Society Board of Directors, Bruce served as the chair of the National Advisory Council and as National Vice President. He has also served on various committees, including a term as chair of the Membership Committee. Bruce is currently a member of the Board Awards Subcommittee and an emeritus trustee. He was inducted into the Five Star Society in 2018. 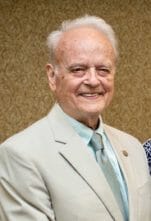 Thomas G. Goodale (University of Florida, 1974) has supported Omicron Delta Kappa’s work throughout his career. He served as the Society’s executive director from 2009-12. In this role, Tom oversaw the 2010 and 2012 national conventions and the organization’s move from Lexington, Kentucky to Lexington, Virginia. He and his team raised more than $400,000 to purchase the Society’s headquarters building. During his tenure, 14 new circles were chartered, and he laid the groundwork for the celebration of the Society’s centennial. Tom has remained active in the Society by serving as a scholarship reviewer. He and his family also established the Scott R. Goodale Memorial Endowed Scholarship in memory of his late son. C. William McKee was instrumental in the establishment of the Cumberland University Circle when it was chartered in 1996. In recognition of his decades of service to the circle as a founding member and its faculty advisor, he was inducted into O∆K’s Five Star Society in 2018. Bill has served Cumberland University in various capacities, including as a member of the faculty and dean of students. Currently, he is serving as the university provost. The members of the circle who nominated him for this honor indicated their appreciation for his continued administrative support, generous personal monthly giving to the circle, recruitment of new members, and investment of his time in the priorities set by the circle. Throughout his career, Dennis A. Pruitt (University of South Carolina – Columbia, 1984) has been a champion for Omicron Delta Kappa and the Chi Circle. He currently serves South Carolina as the institution’s vice president for student affairs. Dennis has been an active member of the circle since his initiation by nominating inductees, attending events, and generously supporting the circle’s advisors. His leadership also led the establishment of an Omicron Delta Kappa meeting room in the University of South Carolina’s student union. Early in his professional career, Dennis attended the historic 1974 O∆K convention to advocate for the initiation of women into the Society.

During the 2019-20 academic year, the Society established two new awards. The Andristine M. Robinson Champion Award for Diversity, Equity, and Inclusivity. This award will be presented annually to an individual, circle, institution, or program that has demonstrated or fostered a welcoming and inclusive environment that promotes diversity and inclusion within O∆K circles or nationally. It is named in honor of former National Vice President and Trustee Andristine M. Robinson (St. Mary’s College of Maryland, 1999), and she was the first recipient of the award.

The second award is the O∆K Community Commitment Award for Diversity, Equity, and Inclusivity. This award honors those individual members who consistently promote an inclusive campus and/or community; demonstrate an ongoing commitment to diversity, equity, and inclusivity; and show an appreciation for the fact that diversity is integral to healthy and productive communities. Information about the national awards program is located at odk.org/get-involved/awards/.