Numerous members of Omicron Delta Kappa have been on the front lines of fighting the COVID-19 crisis. Members who are nurses, physicians, home health care personnel, and other medical professionals have all been engaged in the battle, as have scientists and researchers. Two distinguished leaders recently agreed to be interviewed about the pandemic for The Circle. 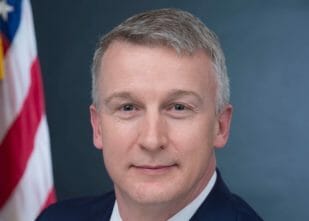 Rick A. Bright, Ph.D. (Auburn University Montgomery, 1996) is a virologist and immunologist and the former director of the U. S. Biomedical Advanced Research and Development Authority (BARDA). This unit is a U.S. Department of Health and Human Services (HHS) office with various responsibil- ities, including the development of medical strategies and countermeasures to address biological and chemical threats, pandemic illnesses, and emerging diseases. Bright was the Auburn University Montgomery Circle Leader of the Year in 1997. 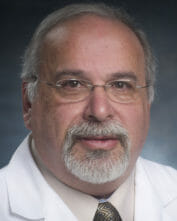 Gene P. Siegal, M.D., Ph.D. (University of Louisville, 1973) is the Robert W. Mowry Endowed Professor of Pathology at the University of Alabama at Birmingham, and since January 2018, he has served as the interim chair of its Department of Genetics. He holds secondary appointments as a professor of Developmental and Integrative Biology, also at UAB. In the quarter of century prior to that, he was the director of its Division of Anatomic Pathology, executive vice-chair of Pathology, and the interim chair of its Department of Pathology. Siegal is a member of the Omicron Delta Kappa Board of Trustees.

These interviews have been edited for length and clarity.

Q: When did you first become interested in your field?

Bright: I became interested in saving lives that could be lost from pandemic outbreaks during my Ph.D. training at Emory University. I learned about the Great Influenza pandemic of 1918 alongside the continuing emergence of avian influenza viruses that could spark the next pandemic. I became keenly interested in doing all that I could do to ensure we were better prepared to stop a pandemic.

Siegal: I was always interested in medicine but landed only in pathology late in medical school when I recognized I was skilled at looking through the microscope and that the field satisfied my innate desire to try to figure out the “why” as people became sick and sometimes died.

Q: When did you begin to get concerned about the possibility of the current coronavirus impacting the United States?

Siegal: I was at a medical meeting in California in late February 2020 when my wife and I developed “head colds” on the airplane ride home. COVID-19 was just being recognized there for the first time. It obviously raised in my mind the question, “Did we contract it, and if so, what did that mean for us and all those for whom we came in contact?” Well, happily for us, it was indeed probably another coronavirus – one of those associated with “the common cold,” but it resulted in my being focused on the COVID-19 journey we are all currently on.

Bright: As a virologist and immunologist, I became concerned about the emergence of the respiratory illness from an unknown virus in early January 2020. As reports appeared about the rapid and wide spread of the virus in Wuhan, China, alongside reports of healthcare workers who were shaving their heads to enter patient rooms and unable to leave the hospital for fear of spreading the virus, I realized that this was going to become a major issue. By mid-to-late January, there were reports of human-human transmission and reports of the virus infecting people outside of China. It was quite clear then that this virus was going to become a global challenge and, most likely, a pandemic.

Q: What should we expect of our leaders in facing a global pandemic?

Bright: I have learned that Americans have an amazing amount of resiliency and can handle the truth – if they can trust their leaders. It was absolutely critical to be honest about the risk and dangers of this pandemic virus as early as January. If Americans were told of the true risk, how easily the virus could spread to others, critical things they could do to slow the spread, and then seen those actions modeled by their leaders at all levels, I honestly believe that we would have significantly fewer infections and deaths. We also need to know who to trust to be honest with us. With the development of drugs and vaccines at an unprecedented pace, we need to know that there are scientists at the helm of assuring the safety and benefit of those drugs and vaccines. This is where political leadership would be best to step aside and let the science lead, not politics. This is the only way to get the trust of people, and the only way we will navigate through this pandemic and back to a normal life.

Q: What would be your primary piece of advice to students and others on campuses during the 2020-21 academic year?

Bright: You are not immortal. I know it seems like you are young, healthy, strong, and can withstand a lot of pain and even sickness. However, it is really important to understand how your actions impact others around you who are perhaps a few more steps removed from collegiate superpowers. Even if you can survive the coronavirus infection, you can easily spread it to someone who can’t. It doesn’t have to be an older person. It can be almost anyone around you who, for some reason, maybe more susceptible to the virus, or they might transfer the virus from you to someone in their family or community who will die. I realize the challenge of social distancing and wearing a mask as an older adult. I imagine that it is that much more challenging to do while socializing as a young adult. This is a great opportunity to hone your leadership skills. Be a role model for others.

Siegal: For all intents and purposes, there is only one truth, and that truth lies in science whose sole reason for existence is to explain the rules of organization, of nature – be it of life forms or quantum mechanics. One should dedicate themselves to gathering knowledge as we know it, recognizing there is still much we still don’t know.

Q: What do you see as the role of collaboration in addressing the current pandemic?

Siegal: No one is the keeper of all knowledge. True international collaboration is our best chance to get to a winning answer the quickest. Among all the hype about how the Chinese released this virus on humankind – no one seems to remember it was Chinese scientists who were able to sequence the entire viral genome. This gave us our first good understanding of what it looks like and where to attack it. Further, they did it in a couple of weeks, where a few years ago, it would have taken many months-to-years. Then, they immediately released this critical information to the world.

Q: What are your thoughts about where things stand right now, both in the U.S. and worldwide, in terms of the pandemic?

Bright: I think that we have a lot more of the pandemic in front of us than we have behind us. I base this on historical records of pandemics, newly emerging viruses, and the fact that we still don’t have an effective treatment or vaccine (that I believe is still nearly a year away at best). Many people, especially younger adults, are still not following simple public health guidelines to slow the spread of the virus. I also think that there is a lack of global alignment, sharing, and coordination of information and resources to help bring an end to the pandemic globally.

There are too many examples of nationalism that are actually counterproductive to ending a global crisis. We will not end this pandemic in the U.S. or any country until we end it everywhere. The virus will continue to circulate the globe, expanding in vulnerable populations, and re-spreading to other nations until we have widespread immunity to the virus. This will only happen once we have safe and effective vaccines, and they are administered in people around the globe. This is going to require a lot more global collaboration and resource sharing than we are seeing today. There are signs of hope, and some great organizations are working very hard to make this happen. We just need to see a whole lot more of it urgently.

Siegal: We’re bouncing around without a unified national strategy – awaiting the next spike, which will surely come. It doesn’t have to be this way, but it requires true leadership to say we’re doing this wrong, and we’re going to change to try to save ourselves. It remains very doubtful whether a truly effective, safe, and long-lasting vaccine can be developed (we have never to date accomplished such a feat with a coronavirus) – so what’s the back-up plan to minimize death and disease?