This program is named in memory of Gen. Russell E. Dougherty (University of Louisville, 1947). Gen. Dougherty was a one-time member of the Federal Bureau of Investigations. He also served in the U.S. Air Force as commander in chief of the Strategic Air Command and director of strategic target planning. 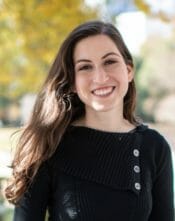 Katelyn earned her undergraduate degree, with a major in environmental studies and a minor in sustainability studies, in May 2020. She served as the Emory University Circle president, received the James E. Foy Phi Eta Sigma Scholarship, and was awarded a 2019 Udall scholarship. Katelyn was also recognized as an Emory 100 Senior Honors Scholar. She competed on the Emory University Equestrian Team, served as an orientation leader, and worked as a teaching assistant for the Department of Environmental Science. As a community leader, Katelyn also volunteered for the Chastain Horse Park in Atlanta and Stride Ahead.

In her application for the award, Katelyn wrote, “Growing up in Arizona molded my perspective on environmental conservation—especially water resources—and I learned to regard nature as a treasure meant to be encountered with both appreciation and responsibility.” She also wrote, “The field of environmental sustainability represents the crossroads of my interests in natural science, human influence, and societal actions. I want to engage with the choices people make concerning the environment, impacts of those decisions, and motivating others toward support.” Katelyn is now enrolled in the School for Environment and Sustainability at the University of Michigan.

University at Albany
Journalism, Speech, and the Mass Media

Grace earned her degree in business administration along with a minor in education. She was the public relations officer and digital producer for the UAlbany United Nations Association, a member of the University at Albany Student Association, and a member of Women Excelling in Business. Grace’s other honors include receiving the Alumni Association Spirit Scholarship, Terra Award, and the Student Affairs Excellence Award. In addition, she was a volunteer policy director with Think Ocean. This nonprofit organization seeks to bring awareness to the significance of the world’s oceans in discussions regarding climate concerns. Throughout her undergraduate career, Grace averaged completing 20 hours of community service each week. She hopes to run for public office one day. 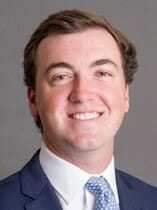 Brian was a dual major in economics and mathematics and graduated in May 2020. His honors include President’s List, Pi Mu Epsilon, and Phi Eta Sigma. Brian was a 2017 PwC Challenge Case Competition Winner and was also an NCAA Arnold Palmer Award recipient. He was the two-time team captain of the W&L Varsity Men’s Golf Team. Brian won the NCAA Division III Individual National Championship and several other national and conference golf honors, including being recognized three times as an ODAC All-Academic Team member. He also served on the Senior Gift Committee and as a University Ambassador tour guide. Brian is currently working as an analyst for Lincoln International, a global middle market investment bank, and enjoying playing golf again – simply for fun. 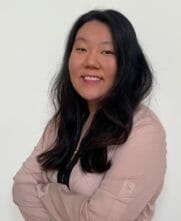 Christine received her Bachelor of Science degree, with a major in middle school math and science education and a minor in Spanish language and linguistics. She was the membership and initiation chair for the Sigma Circle. Christine was also the vice president of the Maryland chapter of Kappa Delta Pi and a senior ambassador and senator for the College of Education with the University of Maryland Senate. Christine received the OMSE Academy of Academic Excellence Award, the William F. Kirwan Award for Outstanding Junior, and the National Residence Hall Honorary Member of the Year Award. Her other honors include being recognized with the Global Health Scholars Outstanding Citizen Award. Christine is currently pursuing a career and additional training in education. 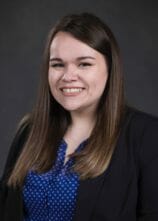 Brooke received her Bachelor of Science degree, with majors in biology and neuroscience, in 2020. She began medical school at the Louisiana State University-Shreveport in July. Brooke was the vice president of the Centenary College Circle. She also served her campus as Chi Omega chapter president and as a justice for the College Honor Court. Brooke was a member of the Centenary Maroon Jackets and the ACS Chemistry Club. For her service and accomplishments, Brooke was recognized with membership in Tri Beta, Alpha Epsilon Delta, and Order of Omega. During her undergraduate career, Brooke also volunteered extensively in the community, including serving the MLK Health Center, ARC of Caddo-Bossier Goldman School, Glen Retirement System, and Make-A-Wish Foundation.