Each year, Omicron Delta Kappa recognizes its most outstanding student leaders with the Gen. Russell E. Dougherty National Leader of the Year honors. This program is named in memory of Gen. Russell E. Dougherty (University of Louisville, 1947). Gen. Dougherty was a one-time member of the Federal Bureau of Investigations. He also served in the U.S. Air Force as commander in chief of the Strategic Air Command and director of strategic target planning.

Individual circles nominate a student to be their Circle Leader of the Year. These students receive a certificate and are invited to apply for National Leader of the Year honors. The Society recognizes a student in each of the five pillars of campus life celebrated by O∆K: academics and research; athletics; service to campus and community; communications; and creative and performing arts. Each of these individuals receives a $1,000 award. In 2021, there was not a qualified communications candidate for this honor. The committee also selects one student to receive the Gen. Russell E. Dougherty National Leader of the Year Award, which comes with a $4,000 prize. 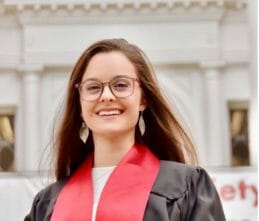 Emily Berry, a 2018 initiate of the University of Maryland, College Park Circle, is the 2021 Gen. Russell E. Dougherty National Leader of the Year. This award is the Society’s highest collegiate honor.

Emily served the Sigma Circle at Maryland as its alumni and membership engagement chair. She received her Bachelor of Arts with a major in government and politics in May 2021 and will complete a Master of Public Policy at Maryland in 2022. After finishing her master’s degree, Emily intends to pursue a career in law.

In addition to her campus activities, Emily was the fundraising coordinator for the Broadneck Chapter of Habitat for Humanity, a marketing and development intern for Vikara Village, a legislative intern for the Maryland General Assembly, and a communications intern for the Office of the Maryland Governor. 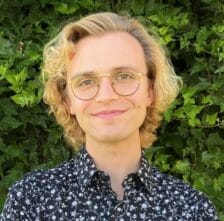 Abram Clear received his Bachelor of Arts with majors in linguistics and anthropology in May 2021. He was named a Rhodes Scholar Finalist, Charles Center Honors Fellow, and the 2021 Carr Cup winner, which recognizes a graduating senior based on character, leadership, and scholarship. Abram served as vice president of Omicron Delta Kappa, co-president and education chair for the Rainbow Coalition, president of the Linguistic Club, and as an aide in the Office of First Year Experience. He was a research assistant for Discourse Analysis at W&M, the W&M Phonetics and Phonology Lab, and the W&M LGBTIQ Research Project. In addition, he helped curate three and design more than 20 exhibits on a range of topics during his undergraduate career. Abram enrolled at the University of Toronto in fall 2021 to pursue a Master of Arts in linguistics. 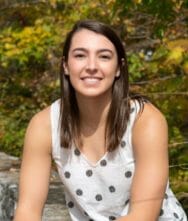 Erin Hughes received her Bachelor of Science with a major in cognitive and behavioral sciences at Washington and Lee in May 2021. She also earned two minors. Erin served as the team captain for women’s basketball at W&L for two years. She was on the Old Dominion Athletic Conference All-Academic Team for four years and was the Defensive Player of the Year in 2019. She also earned First Team All-Conference, Second Team All-State, and Second Team All-Conference honors. Erin is a member of Alpha Delta Pi and served as a Rho Gamma volunteer supporting sorority rush at W&L. Erin was also a facilitator for the university’s First Year Experience course. She was named assistant women’s basketball coach at W&L, and she eventually intends to pursue a law degree. 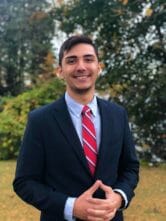 Daniel Khoshkepazi received his Bachelor of Arts with majors in political science and anthropology and minors in archaeology and gender and women’s studies from SUNY Plattsburgh in May 2019, where he was initiated into O∆K. He is currently a student at the University of Baltimore pursuing a Master of Arts in global affairs and human security. He will graduate in May 2022. Daniel is also a member of the Order of Omega, Pi Sigma Alpha, Iota Iota Iota, and Tau Kappa Epsilon Fraternity. At SUNY Plattsburgh, he served as the vice president of student affairs and diversity for the school’s Student Association. In addition, he was the founder and president of the Plattsburgh Political Union and the Red Cross Club. At the University of Baltimore, Daniel has been re-elected for a second term as president of the Student Government Association. 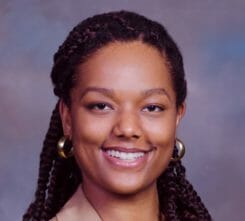 India Henderson received her Bachelor of Arts with a major in leadership studies from the Jepson School of Leadership at the University of Richmond in May 2021. She also received the James MacGregor Burns Award, the Jepson School’s highest honor. India served as president of the Epsilon Circle, president of Choeur du Roi A Cappella (performing arts group), and received the Excellence Award from the Department of Theatre and Dance. She is an initiate of Alpha Psi Omega, the national theatre honor society, and Alpha Kappa Alpha Sorority, Inc. India was also the associate chair and co-chair of multicultural pre-orientation programs for the Office of New Student Orientation. She will be moving to France to teach English in fall 2021 and will begin post-graduate training to prepare for a career in the performing arts in spring 2022.