The 2021 National Virtual Awards Ceremony was held on Friday, December 3 (Founders’ Day). The program recording is available on the ODK HQ YouTube channel.

Please watch the recording to celebrate members and their leadership, accomplishments, and contributions. In addition to the individuals featured below, the 2021 Five Star Society inductees and the 2021 Gen. Russell E. Dougherty National Leader of the Year Honorees were also recognized. William E. Latture (Washington and Lee University, 1948) has been involved with Omicron Delta Kappa throughout his life. He was a long-time member of the O∆K Foundation Board of Trustees and is an emeritus trustee of the Omicron Delta Kappa Society and Educational Foundation. Bill and his wife Louise (Washington and Lee University, 2017) have supported the Society in multiple capacities. They established the Rupert Nelson Latture Scholarship, named for Bill’s father, who was one of the original 15 founders of the Society. In addition, they helped with the fundraising to purchase the historic train station, which houses the organization’s national headquarters, and they funded the Louise H. and William E. Latture Endowed Scholarship. Bill continues to serve the Society as a member of its Board Awards Committee. He retired in 1982 after 33 years as an executive with Blue Bell, Inc. 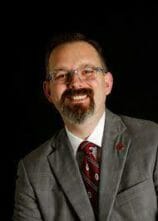 The 2021 Morlan Bishop Outstanding Circle Officer honoree is Sheridan W. S. Henson, a 2008 initiate of the Cumberland University Circle. In addition to being a long-time advisor to the CU Circle, he has been a member of the National Awards Committee and the Mission Committee. In the current academic year, Sheridan is chairing the National Awards Committee. As a campus leader at Cumberland, he directs the Academic Success Center, which contains the offices of Student Success, Career Services and Internships, the Chaplain, Retention and Tennessee Promise Services, and the Writing Center. In his role as a catalyst for student social integration, Sheridan serves as the faculty advisor for the Theta Prime Chapter of Kappa Sigma Fraternity, and the Tennessee Lambda Chapter of Alpha Chi, and the Cumberland Chapter of Gamma Beta Phi.

Michael N. Christakis is a 1998 initiate of the Alfred University Circle of Omicron Delta Kappa, where he served as the circle’s chartering president. He was elected Province I student director in 1999, O∆K’s first-ever national student vice president in 2000, and later national vice president for Circle Standards in 2002. Mike served as national president from 2012-16, immediate past national president from 2016-19, and immediate past board chair from 2019-20. He also served on the O∆K Foundation Board of Trustees. Mike presided at the Society’s Centennial Celebration in 2014 in Lexington, Virginia, and was an advisor to the University at Albany Circle. He is a current member of the Society’s Board Awards Committee.

Michael L. James was a 1995 charter member of the Harding University Circle of Omicron Delta Kappa. Mike served as circle coordinator from that date, except for five years while serving Harding in Greece, until his retirement as dean of the school’s Honors College in 2020. Mike also served O∆K as national regional director and a member of the National Advisory Council. He received the Eldridge W. Roark Meritorious Service Award in 2008. Mike was appointed to the Society Board of Directors in 2018 and served on the Omicron Delta Kappa Society and Educational Foundation from 2019-20. Throughout his career, Mike actively participated in the National Collegiate Honors Council and the six-state regional Great Plains Honors Council, where he once served as president. 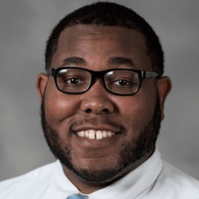 Brandon G. Bell, a 2013 initiate of the University of North Carolina Wilmington Circle, served as the circle’s advisor from the time of his initiation until 2017. He was the circle assistant at Elon University from 2017-20. Most recently, Brandon served as a member of the Diversity, Equity, and Inclusivity (DEI) Committee and chair of the DEI Resources Subcommittee. Previously, he was on the Society’s Membership Committee. Brandon has attended national conventions and helped develop two podcasts about matters of diversity, equity, and inclusivity. Professionally, Brandon is the lead for diversity and inclusion, North American region, for Sygenta. 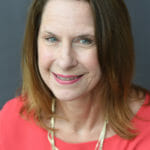 Denise A. Wellman was initiated into the University of South Carolina – Columbia in 1979. Since that time, she has served as an advisor to the Chi Circle for several years, attended the national convention, and served as a scholarship reviewer for the Society for the past four years. In addition, Denise has served as a member of the Scholarship Review and Selection Committee.

Professional, she has served South Carolina in various roles, including as director of admissions for the medical school, associate director of financial aid and scholarships for the university, and director of visitors services. She is currently the program director for Beyond the Classroom Matters. 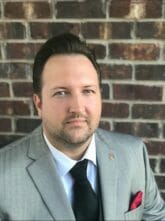 Kent Hallman, a 2021 initiate of the Cumberland University Circle, created the institution’s Celebrating Voices program in 2020. The program’s first session brought Dr. Ernest “Rip” Patton, Jr. to campus to discuss his experiences as a legendary Freedom Rider in 1961. The second session program celebrated the growing and thriving community of Hispanic students at Cumberland. The third activity was facilitated to bring greater attention to the university’s annual Holocaust Remember Day. The Celebrating Voices program has given a voice to several elements of the institution’s slowly growing and diverse campus population and provides the necessary building blocks for the educational betterment of the school’s students, faculty, staff, and surrounding community. 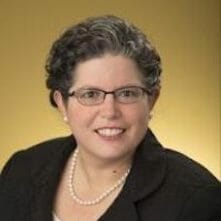 Darlene X. Rodriguez, a 1993 initiate of the Florida International University Circle, is the first recipient of the Society’s Community Commitment Award for Diversity, Equity, and Inclusivity. This award recognizes the achievements of members who consistently promote an inclusive campus and/or community, demonstrate an ongoing commitment to diversity, equity, and inclusivity, and appreciate that diversity is integral to healthy and productive communities. Professionally, Darlene is an associate professor of social work and human services at Kennesaw State University (KSU). In addition, she is the Gender and Diversity Scholar for the KSU Children and Family Program’s Two-Generation Initiatives. Her research is focused on immigrant integration and the role of nonprofits in facilitating policy change in this area. Darlene was also the Society’s 1996 National Leader of the Year.