In honor of National African American History Month, we would like to spotlight some of our outstanding OΔK members! 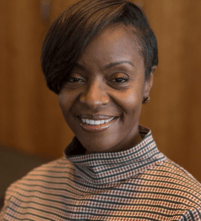 Karen Baynes-Dunning earned a bachelor’s degree in politics at Wake Forest before going on to earn a juris doctorate from the University of California at Berkeley. Karen served as a lawyer in private practice, as a judge in the state of Georgia, and as an advocate for disadvantaged children. Karen is the former interim president of the Southern Poverty Law Center, a nonprofit organization specializing in civil rights and public interest litigation. Today, Karen and her husband reside in Greenville, South Carolina. Karen serves as a consultant. 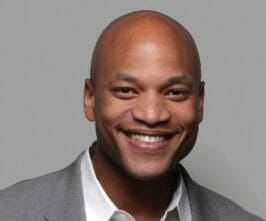 Before earning a MLitt in international relations and affairs from the University of Oxford, Wes Moore received a bachelor’s degree in international relations at Hopkins. Wes is the CEO of the Robin Hood Foundation, one of the largest anti-poverty forces in the nation. Before becoming CEO at Robin Hood, Wes was the founder and CEO at BridgeEdU, an innovative tech platform addressing the college completion and job placement crisis. He is a bestselling author, combat veteran, and social entrepreneur.

Andristine Robinson earned a bachelor’s degree in psychology from Lincoln University and a master’s degree in guidance and counseling from Marshall University. Andristine is currently the director of governance and diversity in the Office of the President at Prince George’s Community College. Andristine became a member of the O∆K Foundation Board of Trustees in 2016. She was named Trustee Emerita in 2020, and the Society’s Champion Award for Diversity, Equity, and Inclusivity was named in her honor in the same year. Andristine is the first recipient of this award. 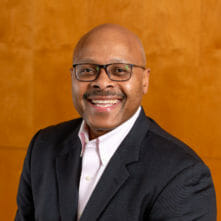 At Hampden-Sydney, Maurice Jones earned a bachelor’s degree in political science. He received a master’s degree in international relations and affairs from the University of Oxford and a juris doctorate from the University of Virginia. Maurice is the new chief executive officer of OneTen, an organization devoted to creating one million jobs for black individuals in the next ten years. Previously, Jones was president and CEO of the Local Initiatives Support Corporation (LISC), a national nonprofit that invests in affordable housing, better schools, safer streets, and growing businesses and programs that connect people with financial opportunity. Prior to joining LISC, Maurice was the Secretary of Commerce and Trade for the Commonwealth of Virginia.