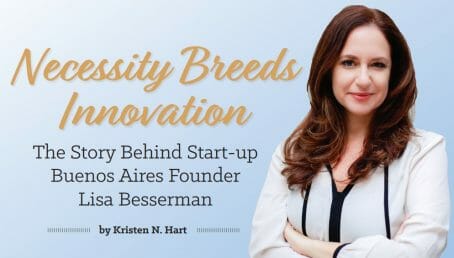 One does not typically set out to build the start-up community of the future. Instead, most individuals learn and grow along their journey of following their passions; and sometimes, it just so happens, this future is where it leads.

So goes the story of Startup Buenos Aires founder Lisa Besserman. A 2005 initiate of the SUNY Plattsburgh Circle, Besserman forged her own path from the very beginning and has quite the portfolio to show for it. Named as one of Business Insider’s “Top 100 Most Influential Women in Tech” and credited as “The Woman Behind Argentina’s Start-up Revolution,” she continues to collect accolades. Aside from creating Startup Buenos Aires, Besserman was a Google Mentor, has assisted as a judge for numerous global start-up competitions, and served as the head of program for Indeed’s Global Incubator. 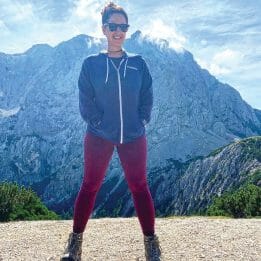 Besserman began her journey as an international business major, fueled by her passion for global travel and her interest in business. She was drawn to organizations, like Omicron Delta Kappa, the Student Honors Association, and the Outdoor Adventure Club. She was also active in Delta Phi Epsilon, which supported her desire to expand her worldview and, ultimately, shaped her into the leader she would become. Although Besserman yearned to travel the world, she always saw herself graduating from college and working in the corporate world of high finance.

After graduation, Besserman set off on a backpacking trip through Europe, where she learned that she could pursue travel in a fulfilling and different way. Her first job outside of college, teaching English in Japan, opened her eyes to the incredible world of living abroad and introduced her to a wide-range of opportunities. This experience was just the start of Besserman’s career in international business, and it shaped her in ways she could never have imagined.

After returning from Japan, the financial crisis of 2008 struck, and Besserman was hired as an economist for the U.S. Department of Labor. She soon realized that government work was not for her. This change in career path led her to the world of start-ups, which altered her trajectory completely. At the age of 25, Besserman worked at a mobile app development start-up as the director of product operations. However, her urge to travel the world encouraged her to request a temporary remote work placement and book a one-way ticket to Buenos Aires, Argentina, a country where she knew no one and could not speak a word of Spanish. All Besserman knew was that a world of possibilities awaited.

The city and culture captured Besserman’s heart immediately, but she knew she needed to connect with like-minded people and decided to do so through the local start-up community. All of the elements for a robust start-up community already existed, but Besserman noticed a flaw. Everything was fragmented, and there was a lack of resources. This realization is where the idea for Startup Buenos Aires was born – a place where company founders and start-up enthusiasts could connect, build a community, help one another scale their endeavors, and serve as a conduit to global opportunities. 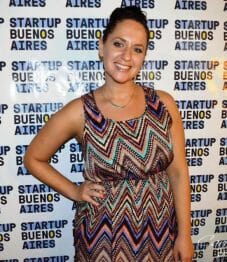 Besserman never expected Startup Buenos Aires to evolve as much as it did. Almost overnight, the news about the project spread throughout the community. People wanted to become a part of the mission. Through building this central hub within Buenos Aires, entrepreneurs now had the support they needed, and the start-up community began to flourish. Eventually, Besserman realized the potential impact of the organization. She formalized it to become a start-up accelerator, providing tools, resources, education, support, and access to financial capital for early-stage start-ups in Argentina.

Being an entrepreneur is extremely challenging in and of itself; doing so abroad is nearly impossible. It involves navigating a new market, different cultures, foreign languages, and an opaque business landscape. However, Besserman truly believes it is partly because she was not a native that the organization scaled the way it did. She was able to bring the business culture and network from the U.S. while also respecting and adapting to Argentina’s entrepreneurial nuances.

The impact Startup Buenos Aires has had exceeded all of Besserman’s aspirations. The organization has created thousands of jobs, brought millions of dollars into Argentina, worked with various government entities, and provided education and funding opportunities for many start-ups during its six years of operation. One of Besserman’s beloved quotes is, “be rigid in your vision, flexible in your execution.” In order to be the malleable leader that Startup Buenos Aires required, Besserman had to learn that failures are the best learning experiences. To all the aspiring and existing entrepreneurs, Besserman’s words of advice are “fall in love with the problem, not the solution.”

While Besserman enjoyed her work with Indeed’s Global Incubator, she has her sights set on the horizon. She recently transitioned from the corporate world to the venture capital side. She has accepted a role as the managing director of an early-stage start-up accelerator within a venture capital firm. As a builder at heart, Besserman cannot wait to travel down this new path in venture capital investing, continuing to impact entrepreneurs’ lives globally.

Kristen N. Hart is a 2019 initiate of the Millersville University of Pennsylvania Circle. She served O∆K as a communications assistant during the 2020-21 academic year.