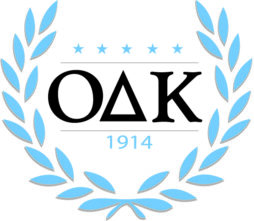 Lexington, Va. (June 8, 2021) – The Board of Trustees of the Omicron Delta Kappa Society and Education Foundation, Inc. recently announced the election of seven new individuals to the board, including five leaders in higher education, a distinguished recent university graduate, and an accomplished governmental affairs professional.  The board is the policy-making body of O∆K and has authority for the governance of the Society. The new trustees will begin their terms on July 1, 2021. The recently elected trustees include:

Michael T. Benson, president of Coastal Carolina University, is a charter member of the Society’s circle (chapter) at Southern Utah University. He was also instrumental in establishing the circle at Eastern Kentucky University. Before his appointment at Southern Utah, Benson was the president of Snow College. He earned his bachelor’s degree from Brigham Young University in 1990 with a major in political science and double minors in English and history. Benson completed his doctorate in modern history from the University of Oxford (St. Antony’s College) in 1995. He also earned a master’s degree in nonprofit administration in 2011 from the Mendoza College of Business at the University of Notre Dame, where he was the recipient of the prestigious Father Theodore Hesburgh Founder’s Award. Benson is presently finishing a Master of Liberal Arts at Johns Hopkins University and will graduate this fall.

Wesley R. Fugate, president of Wilson College, is a 2001 collegiate initiate of the Centre College Circle of Omicron Delta Kappa. He was instrumental in revitalizing the circle at Randolph College and participated in and supported the effort to establish the circle at Wilson College in 2020. After receiving his bachelor’s degree in dramatic arts and economics at Centre College, Fugate earned a master’s degree from Vanderbilt University in higher education administration with an emphasis on institutional advancement. He received a doctorate in higher education from the University of Georgia. He is the recipient of the Alice L. Beeman Research Award in Communications and Marketing from the Council for the Advancement and Support of Education (CASE).

Tripp Perrin, vice president for state government relations for Lindl Corporation, is a 2014 alumni initiate of the University of Richmond Circle. He is currently a member of the Society’s Governance and Trusteeship Committee. While an undergraduate at Richmond, Perrin became a member of Lambda Chi Alpha Fraternity. He earned a Bachelor of Arts in leadership studies and was a fellow at the University of Virginia’s Sorensen Institute for Political Leadership. Perrin earned his Master of Business Administration from William & Mary.

John T. Roberson, executive vice president of Campbell University, is a 2017 faculty/staff initiate of the Campbell University Circle. He was a leader in the effort to revitalize the CU Circle and is currently serving as the circle’s faculty advisor. He has held positions in adult and online education, marketing and enrollment management, and institutional advancement at Campbell. After completing his undergraduate degree at Campbell, Roberson went on to earn his master’s degree from the Southeastern Baptist Theological Seminary. He earned his Doctor of Education degree, with a major in higher education administration, from North Carolina State University.

Mary Stuart, a recent graduate of the University of Virginia, is a 2019 initiate of that institution’s circle of Omicron Delta Kappa. She served as president of the UVA Circle during her senior year. Stuart will be enrolling at the Antonin Scalia Law School (George Mason University) in the Fall 2021 semester. As an undergraduate, she held positions with the university’s riding team, disability access center, and athletic academic affairs. Stuart was also supported numerous programs and events at the Batten School of Leadership during her years at Virginia. In addition to serving as a student trustee, Stuart is also the Society’s National Student Vice Chair-Elect.

Ryan L. Upshaw is currently serving as the chief diversity officer at Jackson Preparatory School in Jackson, Mississippi. Previously, he was the assistant dean for student services in the School of Engineering at the University of Mississippi. Upshaw earned his bachelor’s and master’s degrees at Mississippi, and he is currently working on his Doctor of Education, with a major in higher education administration, at Ole Miss. He was the long-time advisor to the UM Circle and a former member of the Society’s National Advisory Council. Upshaw is a recipient of O∆K’s Eldridge W. Roark, Jr. Meritorious Service Award winner. In addition to serving as a trustee, Upshaw is also the Society’s Mission Committee Chair-Elect.

Montressa L. Washington, co-director of Shenandoah University’s Institute for Entrepreneurship and assistant professor of management, is a 1995 collegiate initiate of the Johns Hopkins University Circle. She is currently serving as the faculty advisor to the Shenandoah University Circle and as a member of the Society’s Governance and Trusteeship Committee. Previously, she spent more than 16 years as an executive with IBM. Washington earned her undergraduate degree at the University of Maryland, College Park, and her master’s degree at Johns Hopkins. She earned her Ph.D. at the Weatherhead School of Management at Case Western Reserve University.

The announcement of the trustee elections was made by Tara S. Singer, president and chief executive officer of O∆K. Singer said, “Omicron Delta Kappa is thrilled to have these seven accomplished members join our Board of Trustees. They are each devoted to the Society and have previously been actively involved in its circle operations or national governance. I look forward to working with all of them as members of our board.”

Omicron Delta Kappa, the National Leadership Honor Society, was founded in Lexington, Virginia, on December 3, 1914. A group of 15 students and faculty members established the Society to recognize and encourage leadership at the collegiate level. The founders established the O∆K Idea—the concept that individuals representing all phases of collegiate life should collaborate with faculty and others to support the campus and community. O∆K’s mission is to honor and develop leaders; encourage collaboration among students, faculty, staff, and alumni; and promote O∆K’s ideals of collaboration, inclusivity, integrity, scholarship, and service college and university campuses throughout North America. The Society’s national headquarters are located in Lexington, Virginia.