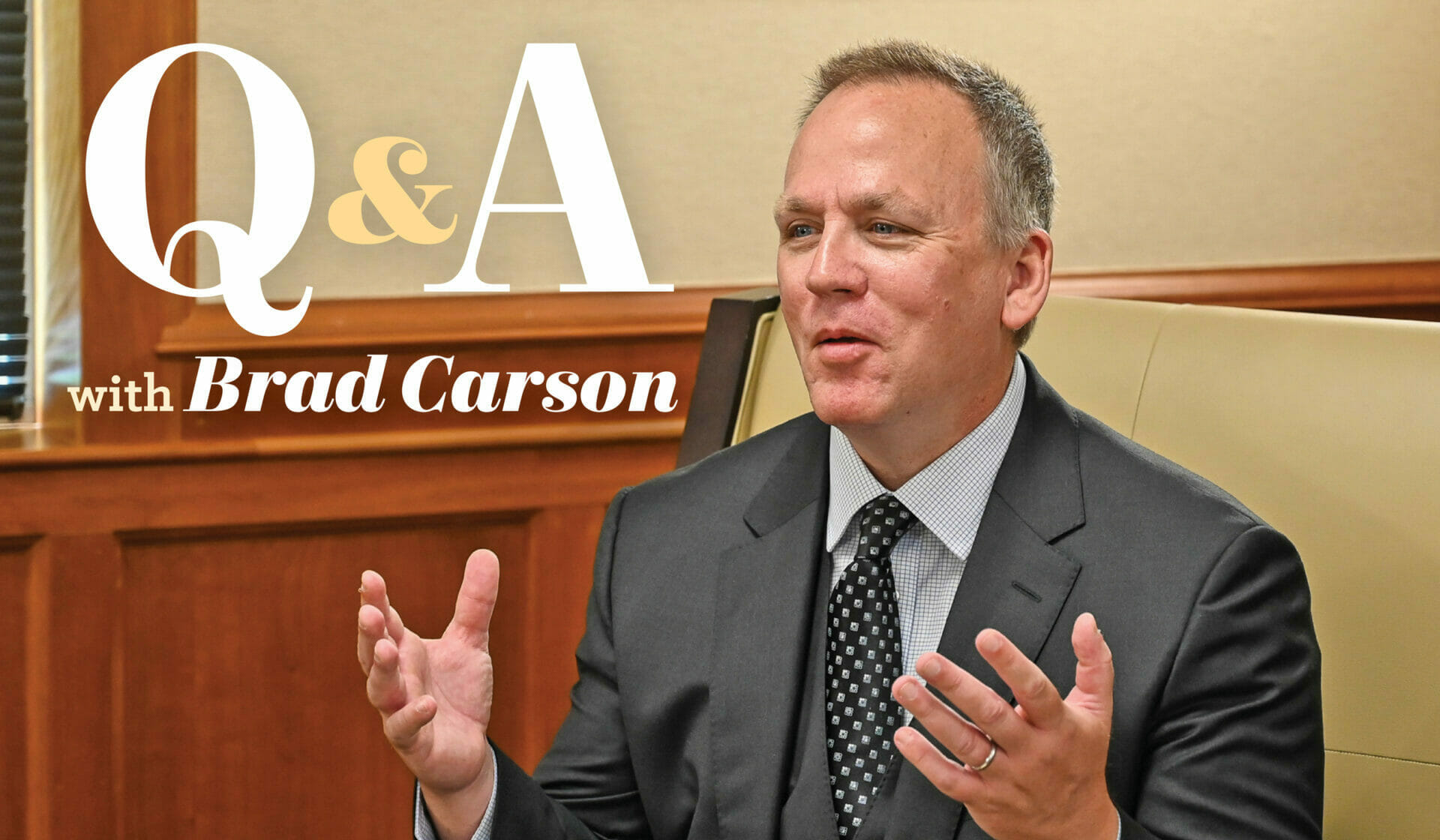 Brad Carson (Baylor University, 1988) is the 21st president of the University of Tulsa (TU). Appointed to his position in 2021, Carson previously was a professor at the University of Virginia, where he taught courses related to public sector innovation and national security.

President Barack Obama named Carson acting undersecretary of defense for personnel and readiness at the U.S. Department of Defense in 2015. In this position, he managed an internal organization with more than 30,000 employees. He and his team were responsible for everything from military readiness, education, and training to human resources and health care for the Department of Defense’s nearly five million service members, civilian personnel, and their dependents. Prior to that appointment, Carson was the undersecretary of the U.S. Army. In this role, he managed the Army’s daily operations. In addition, he served as general counsel of the U.S. Army. During Operation Iraqi Freedom, Carson served as an active-duty intelligence officer and was awarded the Bronze Star. From 2001-05, Carson served two terms as a U.S. congressman, as the representative from Oklahoma’s 2nd district. Later, he was appointed to the faculty of TU’s Collins College of Business and College of Law. 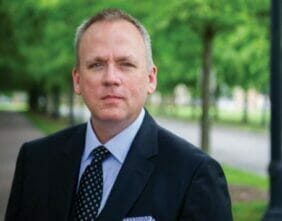 This interview has been edited for clarity and consistency.

Q: What were you involved in as a student at Baylor that ultimately led to your selection for membership in O∆K?

A: I was involved in lots of university activities, helping to run big events for the student body. I was also involved in the local Chamber of Commerce, Big Brothers and Big Sisters, and similar clubs and activities. In general, I was an active student leader, so my fingers were in many pies. During your service in Operation Iraqi Freedom, was there anything in particular that has been adapted for your role as president of the University of Tulsa? The military very self-consciously thinks about leadership. Few other organizations share this trait, however much they might value the idea of “leadership.” The organization of the military is a good template for any activity, and the military’s notion of “mission command” – where the leader sets goals but subordinates have the creativity to execute – works in settings far beyond war.

Q: From your current perspective, what is something you would like to have known as a 20-something leader?

A: I wish I had known there is wisdom in crowds. There is a story that Gilbert Keith Chesterton, the great writer, recounted in one of his many works. A young man sees a fence across a road and, deciding it an obvious obstruction, wants to remove it. Chesterton admonished the young man to go away and figure out why the fence might have been erected. Only when the young man could answer that question would Chesterton allow the fence to be destroyed. This story illustrates the point that there is a lot of tacit knowledge built into social norms and cultural traditions that, while not apparent at first, is to be disregarded only at great peril.

Q: How do you think Omicron Delta Kappa members can best support the current members of our military and our veterans?

A: I’d like to see more O∆K members join the military. It is a great organization, and military service would benefit both the group and the individual. I have definitely encouraged my own teenage son to be part of the military, if only for a single enlistment. O∆K members should try to help bridge the military-civilian gap, which is only growing. What are some aspects of military leadership that you think all leaders should employ? Love of your subordinates. Putting others ahead of yourself. Commitment to the mission. Bounded creativity. A deep study of history. A culture of “lessons learned” – whereby each activity is analyzed for what went right and what went wrong. A bias for action.

Q: Which of your previous positions best prepared you for your service as a university president? 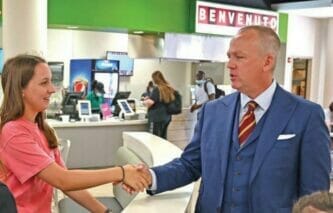 A: The most important benefit of collaborative leadership is that working with a group reduces the chance for the cognitive bias of a single person to become operationalized. It also enhances the likelihood of buy-in from those charged with carrying out orders.

Q: Through your experiences as the president and chief executive officer of the Cherokee Nation Businesses, did you find any similarities between tribal and military leadership?

A: There are similarities between tribal and military leadership, but these are largely the similarities that exist between any two leadership roles. You must have a strategic mind, a focus on execution, be willing to delegate responsibility, and know when to doggedly pursue an idea even in the face of opposition. But the military is very hierarchical, a necessity born out of the needs of combat. Tribal leadership, at least among the Cherokees, is much more consensus-oriented. The command and control aspects of military leadership would go over poorly among the Cherokees.

Q: What is your personal philosophy of leadership?

A: I have many leadership mantras that I’ve collected over the years. One that I often think of is, “A leader’s job is to do the large things and the very smallest things; it is the in-between that can be delegated.” I picked this up from reading a history of Japanese business, and I often quote it when people say that the university president shouldn’t be involved in campus food service or the waiting time for our counseling center. These are the small things that matter, and I try to pay attention to them.