Every year, Omicron Delta Kappa awards scholarships to more than 30 collegiate members to continue their educations through graduate and professional study. Scholarship awards range from $1,000 to $2,500. These recipients demonstrate exceptional academic performance and leadership abilities.

As an initiate of the Epsilon Circle at the University of Richmond, Milan Brooks was active as her circle’s vice president of membership, facilitating the application and selection process and assisting with induction ceremonies and service activities. On campus, she served as a teaching fellow for the Department of Psychology, peer mentor and tutor, and public relations chair for the pre-health fraternity and women in STEM sorority. Milan also led a service-learning trip to Louisiana, engaged in more than four years of psychology research, and was a member of four dance teams.

Growing up, Milan had an interest in people—what caused their unique behaviors and how they interacted with their environment. Through numerous courses in healthcare studies and service-learning trips to West Virginia, Louisiana, the Dominican Republic, and Peru, she fostered an interest in the way that an individual’s environment largely determines their health and health outcomes. She hopes to combine these interests in pursuit of a medical degree and expects to enroll in medical school in the fall of 2019, ultimately practicing family medicine in underserved communities. One of Natalie’s most significant accomplishments was leading as the president of the Troy University Circle. She loved serving the organization because it represented many of the qualities that she appreciates: scholarship, service, character, integrity, and fellowship.

Currently, Natalie is attending Troy University seeking a Master of Accountancy and a Certified Public Accounting licensure. She is continuing her education in accounting to ensure that she is academically prepared to guide individuals and companies in their attempts to understand financial needs and prepare for the future. Natalie views accounting as a way to give back to her community due to the uncertainties surrounding taxes and financial planning. 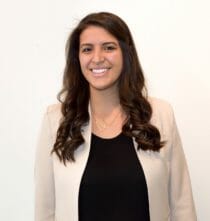 Melissa Cancio, born and raised in Miami,
Florida, prides herself on her own multi-cultural
background coming from her Cuban, Nicaraguan,
and Lebanese heritage. She graduated from
Immaculata La Salle High School, having completed nearly 1,000 community service hours, while also managing to start her own project – the collection and delivering of long sleeved t-shirts, socks and Bibles to migrant workers.

Alongside her acceptance to Florida International University, Melissa saw a continued opportunity to influence others. With ambition and humility instilled in her, Melissa joined multiple organizations including Roarthon and Omicron Delta Kappa which she thanks for making a large impact in her personal growth and professional career. Melissa graduated in December 2018 with a degree in communication. As an undergraduate student, Melissa was able to balance internships, a job, and school work with strong determination and the continuous support of her family. Her goal is to continue her education in pursuing a graduate degree with hopes of possibly starting her own non-profit organization.

Stephanie Clark graduated summa cum laude from
Muskingum University with a bachelor’s degree in chemistry and mathematics. As co-president of the O∆K circle, she helped organize events such as activities for Parents’ Weekend and a leaf-raking fundraiser benefiting a local food pantry. During her time as an undergraduate, Stephanie was also involved as a student mentor, a chemistry and math tutor, the president of Pre-Health Club, and a co-captain of the women’s basketball team. Stephanie was recognized as a Distinguished Scholar for three years, and she was awarded a Hodges Grant to fund her research on the synthesis of a calcium ion chemosensor with improved fluorescent properties.

“As a result of growing up with three younger siblings and participating in athletics since I was five years old, a competitive drive has been instilled in my character. I will never cease challenging myself to be a better person every day. This applies to my roles as a student, an athlete, a daughter, a sister, a friend, and an aspiring physician.”

Through her experiences of shadowing a family physician and volunteering at a children’s hospital, Stephanie developed a passion for medicine. She is currently pursuing her M.D. degree with support from the Diane and Tom Vukovich Scholarship. 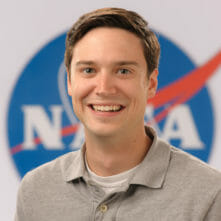 Brandon Cook witnessed his first live space launch at the age of nine, and since that moment he has been working toward achieving his childhood dream of becoming an astronaut. Brandon is determined to advance science and technology through the research and development of autonomous systems.

Brandon is currently a Ph.D. candidate at the University of Cincinnati studying aerospace engineering and engineering mechanics with a concentration in dynamics/controls and intelligent systems. His research focuses on developing methods for safely integrating small Unmanned Aircraft Systems (UAS), commonly referred to as drones, into the national airspace. Brandon has been a Pathways Intern with NASA Ames Research Center since 2015. Previously, Brandon was equally active in his role as vice president of the Alpha Theta Circle as well as a mentor and facilitator for Camp Bearcats, a camp for which he developed a curriculum that went along with its mission of developing freshman into leaders.

Thus far, Brandon’s doctoral work has resulted in five conference papers, one book chapter, and numerous awards. Brandon is in the final year of his program and aspires to retain his perfect GPA throughout the remainder of his degree. Upon graduation, Brandon will continue his work with NASA as a full-time research aerospace engineer. 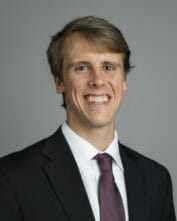 Wesley Curles graduated from Auburn University in May 2018 with a bachelor’s degree in biomedical sciences. He maintained a 3.97 GPA and graduated as an Honors College Scholar. A member of Auburn’s NCAA Division I cross country and track and field teams, Wesley led the team as captain his junior and senior years. Wesley served as a team representative on the Student Athlete Advisory Committee and was a leader in Auburn’s Connect Program, which aids freshman athletes in their transition to college.

While at Auburn, Wesley completed undergraduate research in the Department of Nutrition under Dr. Ramesh Jeganathan, examining the link between Alzheimer’s disease and type 2 diabetes. He also performed research in the Department of Kinesiology, assisting Dr. Michael Roberts in studying the effects of protein supplementation on long-distance runners.

For two years, Wesley volunteered with Big Brothers/Big Sisters of America, and he was named to the SEC Brad Davis Community Service Team. He is currently enrolled in medical school at the University of Alabama at Birmingham and plans to become a pediatrician. 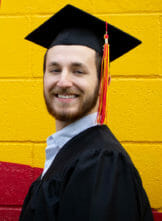 When Gage Davies began his college career, he was unsure of the exact path his future would take. He did know, however, through multiple exposures to the world of healthcare that he wished to be a medical professional. Along with his role as president and secretary of the Pittsburg State University Circle, Gage became involved with numerous activities in college that only served to reinforce this dream. In addition to his academic work on campus, Gage reinvigorated a previously defunct partnership with a local free clinic that allowed undergraduate students a chance to learn more about vocations in the medical field, worked with the Pre-Medical Club as a secretary, and volunteered through multiple organizations to make a difference in his community. Gage also contributed to the Honors College by helping reform a mentoring program for incoming students to assist them in making the difficult transition to college.

Gage began studying at the University of Kansas in the fall, where he is pursuing a Doctor of Medicine degree.

Emily Dunn graduated from the University of South Carolina’s Darla Moore School of Business in May 2018 with dual degrees in finance and risk management and insurance. As president of the Chi Circle, Emily coordinated programming with the most influential leaders on campus to challenge and inspire members of
the circle. In doing so, she developed two new executive positions within her circle: treasurer and vice president of alumni relations.

Emily facilitated the honorary induction of esteemed women’s basketball coach, Dawn Staley, along with 28 new student inductees. As an undergraduate student, Emily shared hospitality with freshman students as a University101 Peer Leader and thousands of prospective students as a University Ambassador. She studied abroad in both London and New Zealand. She consistently advocated for students on the Student Leader Advisory Board as well as the New Student Union Steering Committee. Emily also co-founded
a women’s ministry group, Delight Ministries.

Emily began her first year in South Carolina’s Master of Health Administration program this fall. She is serving as a graduate assistant throughout the program and hopes to start a career in finance or administration in a hospital system upon graduation.