In honor of Women’s History Month, we would like to spotlight some of our outstanding O∆K women!

Sally K. Albrecht (Rollins College, 1975) earned her bachelor’s degree in music and theater before receiving a Master of Arts in drama and a Master of Music in accompanying from the University of Miami. Sally has served Omicron Delta Kappa in a variety of capacities and is great champion of the Society’s scholarship program. Currently serving as the chair of the Board of Trustees, Sally is a popular choral composer, conductor, and clinician, especially known for her work with choral movement. 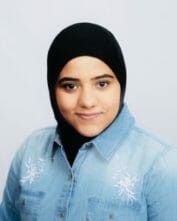 Our second recognition in honor of Women’s History Month is Hameidah Alsafwani (University of Nebraska – Omaha, 2017). Hameidah earned her bachelor’s degree in emergency management and is now pursuing a Master of Public Administration at the University of Nebraska – Omaha. Currently, Hameidah is serving as the national student vice chair and chair of the Student Advisory Board. Her current term on the Board of Trustees will conclude in June 2022. 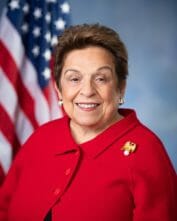 Our next recognition in honor of Women’s History Month is former Congresswoman Donna Shalala (University of Miami, 2002). She earned her undergraduate degree in history from Western College for Women and received her M.A. and Ph.D. from Syracuse University. In recognition of her civic contributions, including her service as the U.S. Secretary of Health and Human Services in President Clinton’s administration, Congresswoman Shalala has been honored by numerous organizations and individuals. She is a 2008 recipient of the Presidential Medal of Freedom. In 2020, she was presented O∆K’s highest honor, the Laurel Crowned Circle Award. 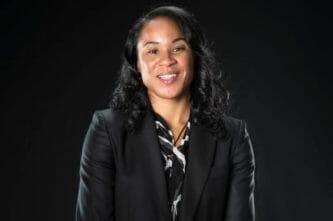 Our final recognition in honor of Women’s History Month is Coach Dawn Staley (University of South Carolina – Columbia, 2017). Coach Staley earned her bachelor’s degree from the University of Virginia. She is a three-time Olympic gold medalist and Basketball Hall of Fame player and coach. Currently, Coach Staley is the women’s head basketball coach for the University of South Carolina – Columbia. In 2017, her team won the NCAA Women’s Basketball Championship. O∆K honored Coach Staley with its Pillars of Leadership Award in Athletics in 2018.