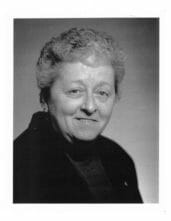 My first experience with OΔK was in 1967. As an undergraduate at Plattsburgh State University and as a member of an honors seminar in leadership, my group studied student leadership. We concluded that the college needed a way to recognize student leaders across the spectrum of leadership on campus. All the nationally-recognized groups on campus at that time were narrow in focus and based solely on academic standing. After researching the issue, we came to the conclusion that OΔK was best and ideally suited to meet our goal to recognize student leadership as well as academic excellence. Our professor contact OΔK on our behalf and the national officer to whom he spoke told him that OΔK was “not interested in adding a circle at a small, public college that was a remote as Plattsburgh.” We were crushed and angry, but I decided that this would not be the end of the effort. Margaret Mead once said, “Never doubt that a small group of thoughtful, concerned citizens can change the world. Indeed, it is the only thing that ever has.”

I returned to Plattsburgh in 1974, and in 1978, I became involved with a group of student leaders who formed a local leadership honor society. The students modeled it on OΔK and called it Omicron Kappa Delta with the intention of petitioning OΔK for a charter. The presence on campus, at the time, of two OΔK members– the late Dr. Eldridge Roark, vice president for student affairs, and Dr. Charles Warren, dean of arts and sciences, insured that chartering a circle became an institutional priority. With the officers of the local group, we prepared our petition for a charter. The petition was submitted in the fall of 1980, and the circle was chartered in May 1981. There were 86 charter members including 43 students, 28 alumni (who had been active in Omicron Kappa Delta), 14 faculty members and administrators, and one honoris causa member initiated at the time.

With El Roark as my OΔK role model, I was honored to serve as the Faculty Secretary of the circle from 1983 to 1994. I also served as a Faculty Director and member of the National General Council from 1988 to 1994. In 1994, I was elected National Vice President for Extension and served in that position until 1998. I am proud to say that we charted and re-charted 44 circles in 22 states in those four years. I was both proud and humbled when I was elected National President in 1998, serving a four year term. The appointment of a task force on governance and a task force on technology were among my proudest achievements. I also reviewed and successfully recommended changes to the National By-laws and Constitution that were designed to simplify and update the guidelines on forming a new circle.

The very nature of an OΔK circle makes it a daunting challenge to maintain and constantly renew an active circle. Generally, the OΔK members on a campus are the busiest and most involved students and faculty/staff leaders. A great deal of sacrifice on the part of the faculty and staff, as well as student leaders, is required to be successful and sustain a circle. It can also be difficult to find good leaders to serve as active officers at the national, regional and local levels for these very same reasons. Nevertheless, it is a challenge that must constantly be met and conquered to insure the future of a healthy circle or any other organization for that matter. As a leader in any organization, one needs to develop the ability to recognize the potential in others, seek out the “shining stars.” Actively reach out, challenging and encouraging them to take on leadership roles. Be a mentor to potential leaders! Most times, all it takes is a gentle “nudge” and the knowledge that someone who is a leader considers you capable of leadership. This can make a person believe they can do it. The significance of organizational renewal and mentoring was a priority for me throughout all of my leadership experiences. This issue was, and I believe it still should be, a constant concern for organizations such as OΔK, at the local, regional and national levels. El Roark clearly believed this. He consistently practiced it all of the time. I probably would not have become as active in OΔK as I did had it not been for him being one of my role models and mentors.

While serving in OΔK, I was always mindful of the need to “cultivate” faculty and staff as well as undergrads to potentially serve as officers of local circles as well as province directors or other national officers. As OΔK’s National Vice President for Extension and as President, I was honored and humbled to meet a large number of exceptional undergraduate student leaders as well as faculty and staff in my travels to so many campuses and meetings. I often encouraged others to become leaders beyond their circle of OΔK. I am proud of the fact that many exceptional leaders who I encouraged to consider becoming national officers have done so and have served with distinction.

Steve Bisese succeeded me as national vice president for extension. I first met Steve when he was an advisor to the chartering effort at Georgetown College, and I told him then that I foresaw a national role for him in the future. Steve confirmed my initial judgment of his skills and was extremely successful as the extension vice president, bringing 51 circles into OΔK. I am so proud to add that Steve became national president in 2006. He has continued to serve OΔK with distinction.

I met Marcus Lingenfelter of East Stroudsburg when I charted that circle. He has since served the emcee for a national convention (held at Purdue University) as well as serving as a “concrete example of the OΔK Idea” in his professional life. Three years after I met Rich Pirrotta, an undergraduate student leader from Pennsylvania State University, Rich became the national treasurer and served superbly in that position. He also led the important task force on technology. I am very proud that I encouraged him to higher levels of leadership.

Michael Christakis was the student leader of the chartering effort at Alfred University when I first met him. I was (and still am) impressed with him. He became a student province director, the student representative to the Society Board of Directors, and eventually national president. I first appointed Michael to be the chairperson on the national task force on governance. Their work led to significant revisions in the organizational and governing structure of Omicron Delta Kappa. Believe me, this was a challenging task! As John F. Kennedy once said, “Change is the law of life, and those who look only to the past or present are certain to miss the future.” Michael was clearly looking to the future and was up to the challenge! He has also served as the first national student vice president – setting a very high standard for those who followed him and was also eventually elected national vice president for circle standards. In all of these roles, Michael has been exceptionally skilled and dedicated.

I first met Andristine Robinson when she led the effort to charter a circle at St. Mary’s College of Maryland. Andristine has since served as chairperson of the convention committee on resolutions and as vice president for extension. I first met Michael Cashman when he was president of the Plattsburgh State University Circle. He ably assisted me with a chartering ceremony at Potsdam College. I encouraged him to seek other leadership roles in OΔK. He has now served as national student vice president and as chairperson of the regional directors with distinction.

A large number of other people surfaced when they were all leaders in the chartering efforts on their campuses as well as during their undergraduate time at Plattsburgh. I take great pride in the fact that many of them were recruited by me over the years to serve on the regional and national level. The Plattsburgh Circle has produced eight student directors, a student vice president, two national vice presidents for extension, and two national presidents as well as two faculty directors and two alumni members who have been on the alumni panels at national conventions. Jo Ann Romano, another dear friend from Plattsburgh, has served as a member and the treasurer of the Omicron Delta Kappa Foundation Board of Trustees. She and her husband, Kevin, also a Plattsburgh OΔK member, have been wonderful and generous supporters of the CLT2 program. As you can see, I truly believe in and am committed to organizational renewal and mentoring. I have practiced this faithfully in my roles as a leader.

I believe effective leaders must successfully negotiate a number of challenges. They need to be honest at all times and communicate clearly but concisely. They must remember who and what they lead and remember to insure that potential leaders in the group have been encouraged, educated and mentored. Effective leaders must be good consensus builders and negotiators. “Civility is important and so is compromise,” said Kathleen Parker. Effective leaders must practice good listening skills. They should be persistent and sometimes, as Winston Churchill said, “Never give in; never, never, never give in.” As much I as respect Churchill, I also believe in this approach when appropriate. Nelson Mandela once said quitting a debate is also leadership. “Knowing how to abandon a failed idea, task or relationship is often the most difficult kind of decision a leader has to make.” Leadership doesn’t only mean that you inspire confidence, it means that you are prepared to accept responsibility. Leadership means you can’t duck or hide when things go wrong. At Normandy, General Dwight D. Eisenhower wrote that if the invasion failed, “if any blame or fault attaches to the attempt, it is mine alone.”

In a past issue of TIME, Richard Stengel, managing editor, interviewed Nelson Mandela. Stengel asked Mandela to reflect on his lifetime of leadership. Mandela spoke eloquently about the lessons of leaderships that meant the most to him including, “Courage is not the absence of fear – it’s inspiring others to move beyond it; lead from the front – but don’t leave your base behind. It can also be useful to lead from the back and let others believe they are in front. Don’t enter the debate too soon but don’t exit it too late. Sometimes the trick of good leadership is to allow others to lead you. Remember to smile once in a while. Your job is to set the course, not to steer the ship. Leaders lead as much by what they choose not to do as what they do.”

I believe there is no one way to lead. I also believe there are as many styles of leadership as there are leaders. Perhaps the most important qualities are excellent communications skills, a sound set of principles, and a solid ethical foundation. The successful leader combines all of these with a sense of purpose, flexibility and the energy and commitment to lead others. I also believe that the effective leaders should be an altruist who is willing to sacrifice for the good of the group when needed. Leaders need to be practical but should temper that with real idealism. Most importantly, good leaders are also good “talent scouts,” recruiting new leaders and serving as a mentor so that the organization is renewed and maintained. Essentially, leaders who are officers in a group should spend time making sure that they as dispensable!